UNTITLED: An Insight on US Art on Paper

Most of the works on paper are “untitled”. Sometimes these are simple preparatory drawings, sketches or sketches that will turn into masterpieces. In addition to that, the works on paper offer exhaustive sections of an artistic production, or cover entire cycles.

Some artists work on paper, or better, with paper, beginning from its preparation; with paper you can transform, interact with other mediums and other paper giving life to rich collages where the background and the subject are combined and become one single thing.

Paper is the most frequent matter in Donald Baechler’s work, who’s one of the leading artists in the stable of my father Giordano’s Gallery, Studio d’Arte Raffaelli.

In 2011, in that gallery, I curated my first exhibition, “Spaghetti and Beachballs”, featuring the works of the great artist’s student-assistants, who were little more than emerging artists back then. It was thanks to some of them that I developed, over the years of traveling in the United States - especially in New York - acquaintances and relationships with artists with whom I now work in my gallery Cellar Contemporary.

Since the opening of the gallery I’ve wanted the works of the young American artists of the generation following the great “9 NEW YORK” with whom my father works and has worked, to strongly characterize the exhibition line of Cellar Contemporary. It is no coincidence that the first inaugurated exhibition in the gallery at the end of 2016 was a Joe Grillo’s personal, whose most of works were on paper and untitled.

The contemporary world allows us to keep in touch overseas; via social networks and WhatsApp I basically have daily updates from the American artists. Yet, it was thanks to personal studio visits to New York, the direct and unfiltered sharing of experiences sometimes bordering on the absurd, and to the participation in the openings of their exhibitions in international galleries, that I have collected since 2019 - when I first conceived the idea of an exhibition related to American artists and to their works on paper - all the works that give life to “Untitled”. Despite the consistent medium, the works and even the personal paths of the artists - who professionally grew up together and in parallel with the gallery - are so different that it is difficult to give a title to such a varied and composite exhibition.

However, the aspect that doesn’t stop surprising me is the thread that connects the artists to each other, and in a way even the most established artists. First of all, precisely, Donald Baechler was a mentor to Brian Belott, Freddy and Lance De Los Reyes; while Bast and Austin Eddy were great admirers of him.

The artistic parable of Lance and Bast developed in a similar way, they both started from the Street Art, the “real” and risky one of the Brooklyn of the end of the nineties. Somehow “Untitled” is also a tribute to them, and to their untimely demise, which was remembered even from superstar artists such as Bansky and Obey.

They both gravitated around the Fuse Gallery of Erik Foss, who has always supported their work.

An artist himself, after years devoted to supporting like-minded artists, Erik Foss is now emerging with his personal artistic path, strengthened by the experiences gained in the circle of the critic Carlo McCormmick and other incredible personalities who came into contact with his gallery.

In New York it works like this: artists and gallery owners create relationships with other artists and gallery owners which makes it impossible for concepts like envy and competition to exist; as a matter of fact they all have the common goal of circulating works and movements, creating new connections and contamination. For instance, thanks to Francesco Clemente, another great naturalized American artist related to Studio d’Arte Raffaelli, we started collaborations with the young Indian artist Priya Kishore - his student-assistent - and Adam Green, a musician, director of the medium-lenght film “Aladdin” and to close the circle, great friend of Joe Grillo.

The other female voice - perhaps the most biting but not less poetic one - next to Priya’s delicate works is that of Anna Dare De Los Reyes, who, being the hypnotic wife-muse of Lance De Los Reyes, follows the line of her master and life partner, and works on a dense mythology of good demons.

With “Untitled”, since 2019 to a present in continuous work in progress and after “Spaghetti and Beachballs” I also add a new point on my path as a gallerist and talent scout; many things have changed since I’ve started this research. Some of the artists are no longer here, and have entered an unreachable Olympus of which they marked a piece of history; while other artists such as Austin Eddy for example, are still emerging and have doubled their quotations.

I hope that this will continue for a long time, without the need to give it a title. 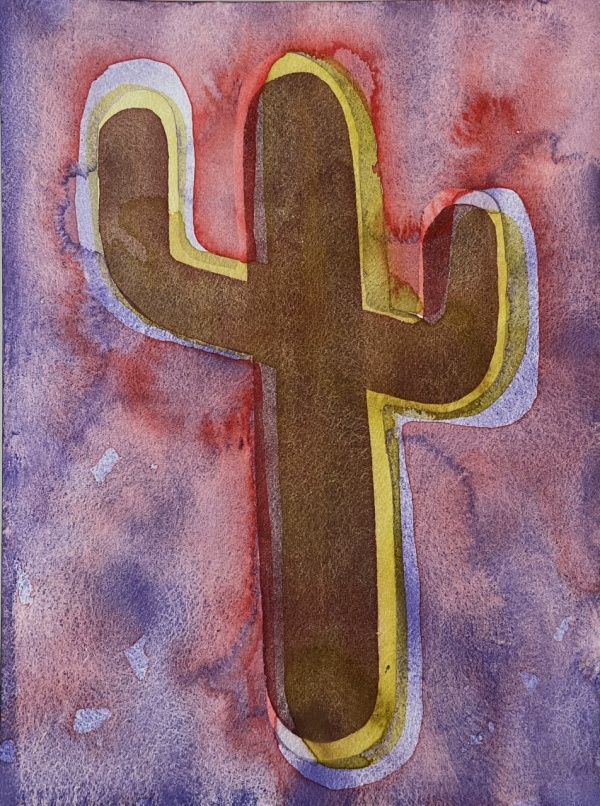 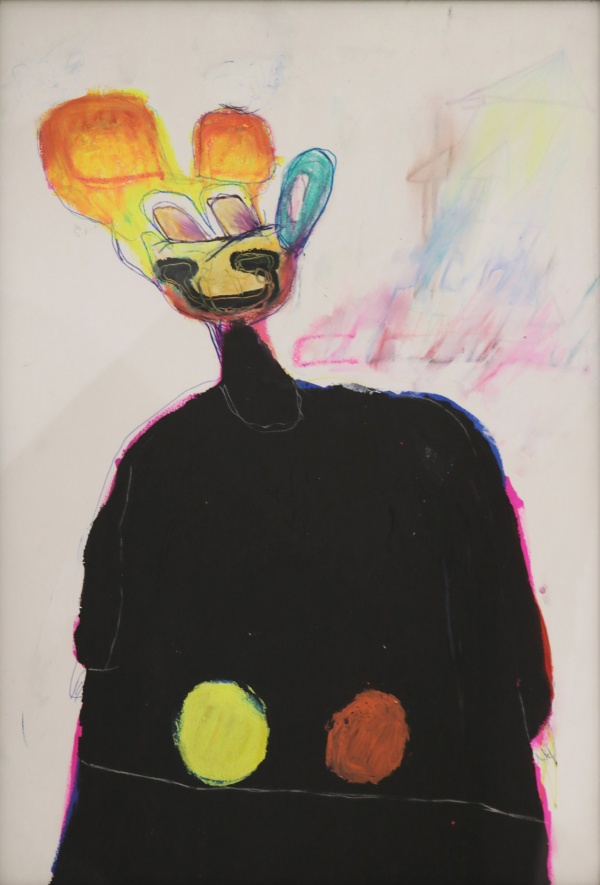